Sweetie you won't believe it 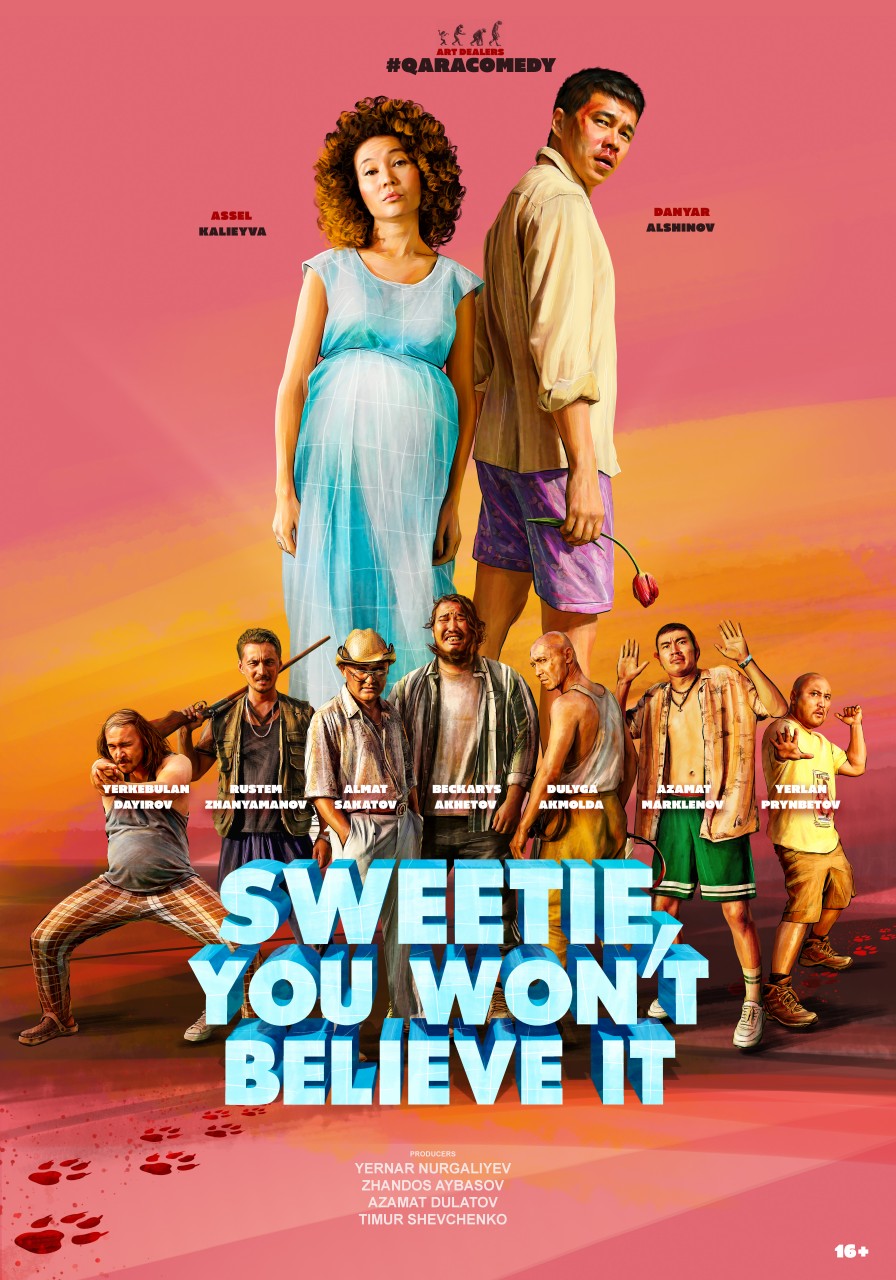 After a violent argument with his pregnant wife, Dastan decides to go fishing with his two friends - an unhappy businessman and a cop. But nothing happens as planned!

The Kazakh new wave is on its way: we've found Adilkhan Yerzhanov's hidden cousin. Here's Yernar Nurgaliyev and his gallery of picturesque and ridiculous characters thrown head on into an adventure that befits them, frantic and hilarious, full of cinéphilic nods. Throw in a fair amount of absurd humor, a little drama, a spoonful of horror, sprinkle with a few inflatable dolls, and you'll brew this spicy magical potion, highly energetic, that succeeds in having a unique harmonious taste despite its contrasted ingredients.

Sweetie you won't believe it