Yûzô Kawashima never reached the same level of celebrity as Mizoguchi, Ozu or Kurosawa. If his name remains largely unknown in Europe, he's nevertheless a fundamental staple of Japanese cinema, a precursor of the Japanese New Wave, a maverick experimentater and pivot between the 50s uptight classicism and the 60s modernity.

Kawashima was born in 1918 in Tanabu, son of shopkeepers. His passion for cinema and literature led him to attend the entrance exam to the Ofuna Shôchiku studios. At first an assistant to Minru Shibuya and Keisuke Kinoshita, he directed his first film in 1944, but his career was initially unsuccessful. If he indeed did direct over 50 films until 1963, his comedies were at first deemed non-compliant with the spirit of post-war melodramas to the point that the Shôchiku company demoted him back to assistant director for several years before allowing him to direct a few minor commercial comedies. In 1954, he resigned and joined the Nikkatsu company where he would direct his major successes...during only nine years. His fragile health and his alcoholism prematurely condemned him. He died in 1963 at the age of 45.

His first major success, Sun in the Last Days of the Shogunate, recognized for its sense of the burlesque and the grotesque, is a picaresque comedy close in tone to later director Imamura's work, set in a brothel patronized by customers from all walks of life, at the end of the Tokugawa era. Under an apparent lightness of tone, lay great acuity and unveiled pessimism, that transpire even more in his three splendid collaborations with Ayako Wakao, like three fragments of a reflection on how a woman can endure or refuse to be dominated, three visions addressing the taboo of sexuality.

Imamura, who from 1951 to 1957 was his assistant, his scriptwriter and then his disciple, evokes this implicit darkness, admires it and breaks free from it, preferring to follow his art of the grotesque rather than the depressive atmosphere. A night owl, forever unsatisfied, Kawashima films the city's underworld and its anti-heroes, the night people and the underdogs. His observations may be cruel, yet they remain devoid of cynicism and pass no judgement: they are above all full of love. With Yûzô Kawashima, even mediocrity and vulgarity seem to provoke empathy, because the filmmaker explores the tragic and beautiful side of all his losers.

The use of experimental music casts anguish amidst the lightness: behind the frivolous smiles, intimate drama slumbers. Because of his refusal of rules, he invents new ones, notably using abstract post-modern deframing to better emphasize the demise of his anti-heroes or placing parts of the set in the forefront - an object, part of a staircase, a girder - to distract the viewer, thus marking his misfits' profound solitude. 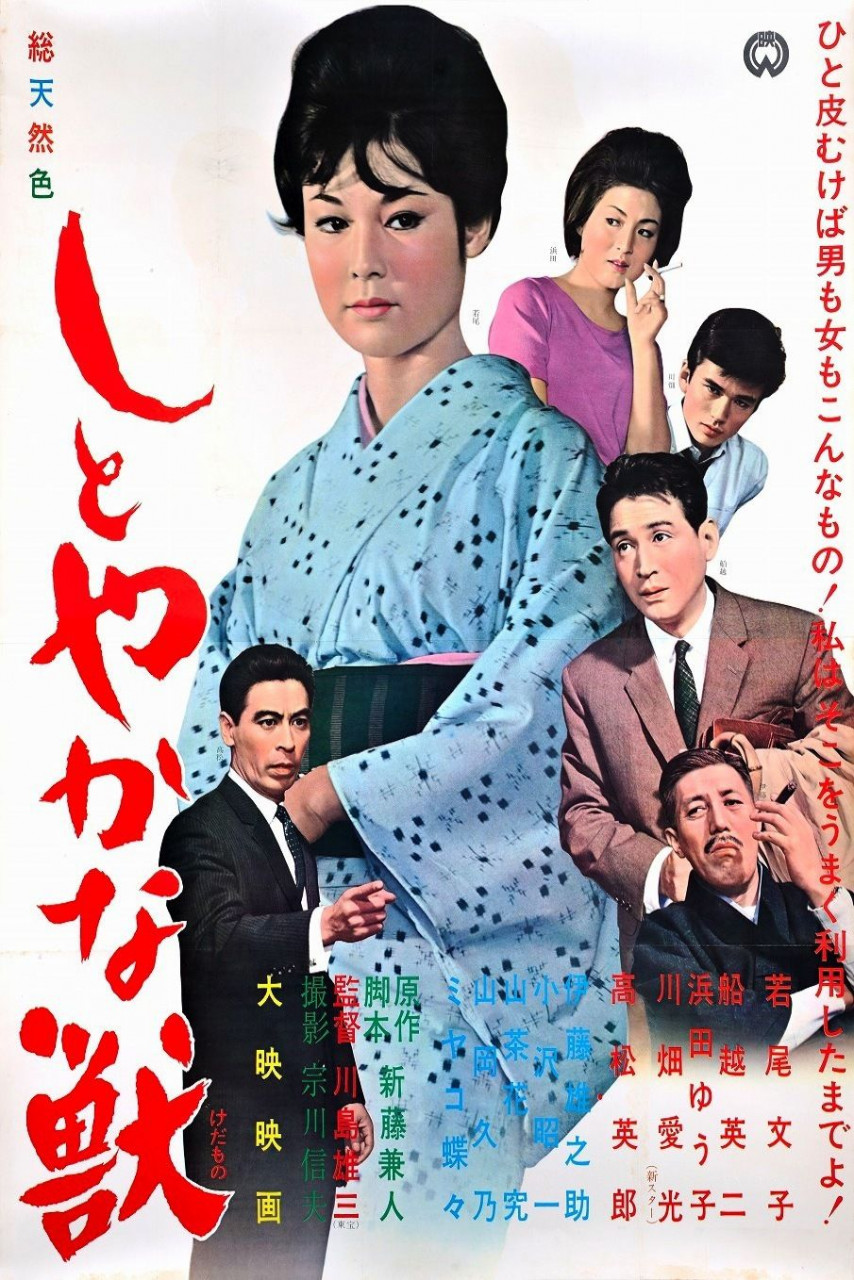 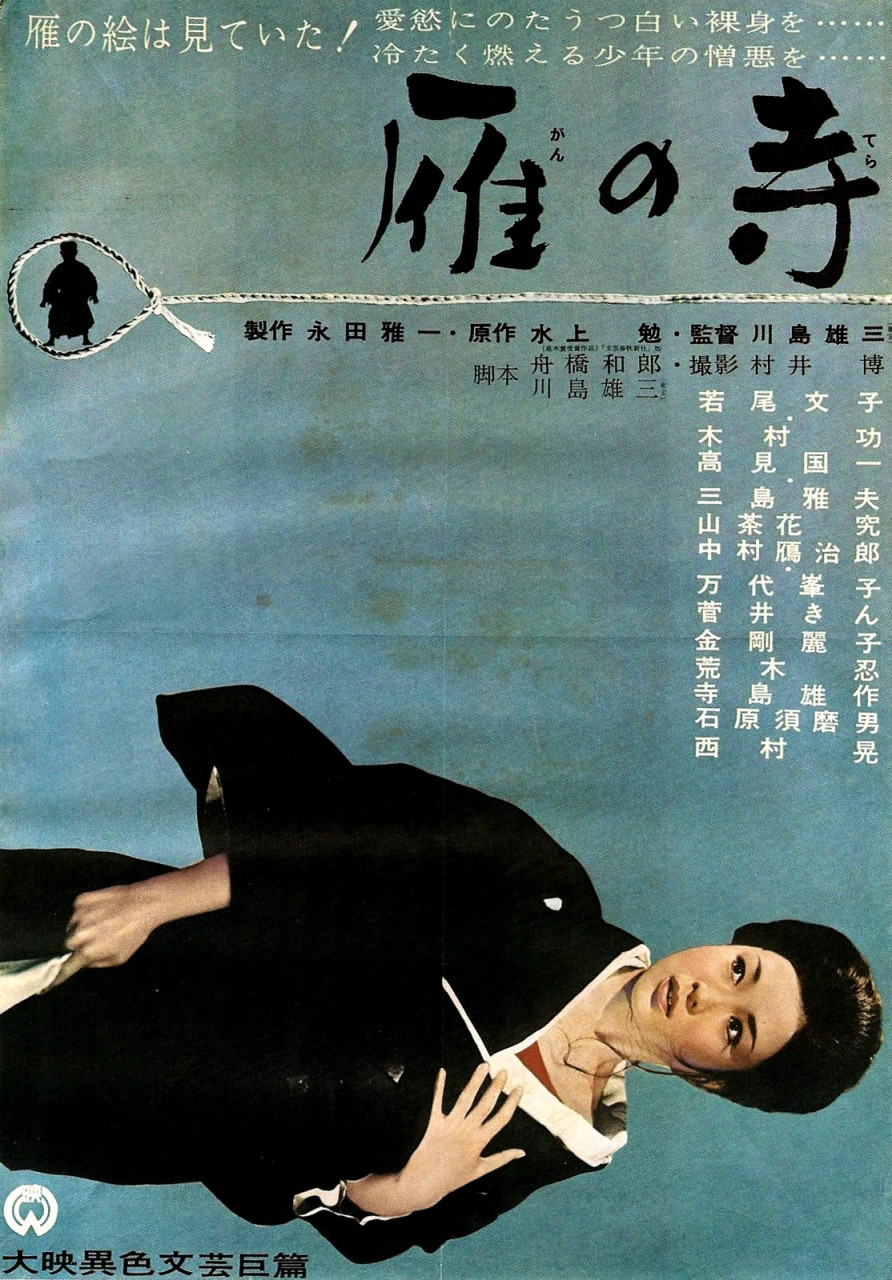 The temple of the wild geese 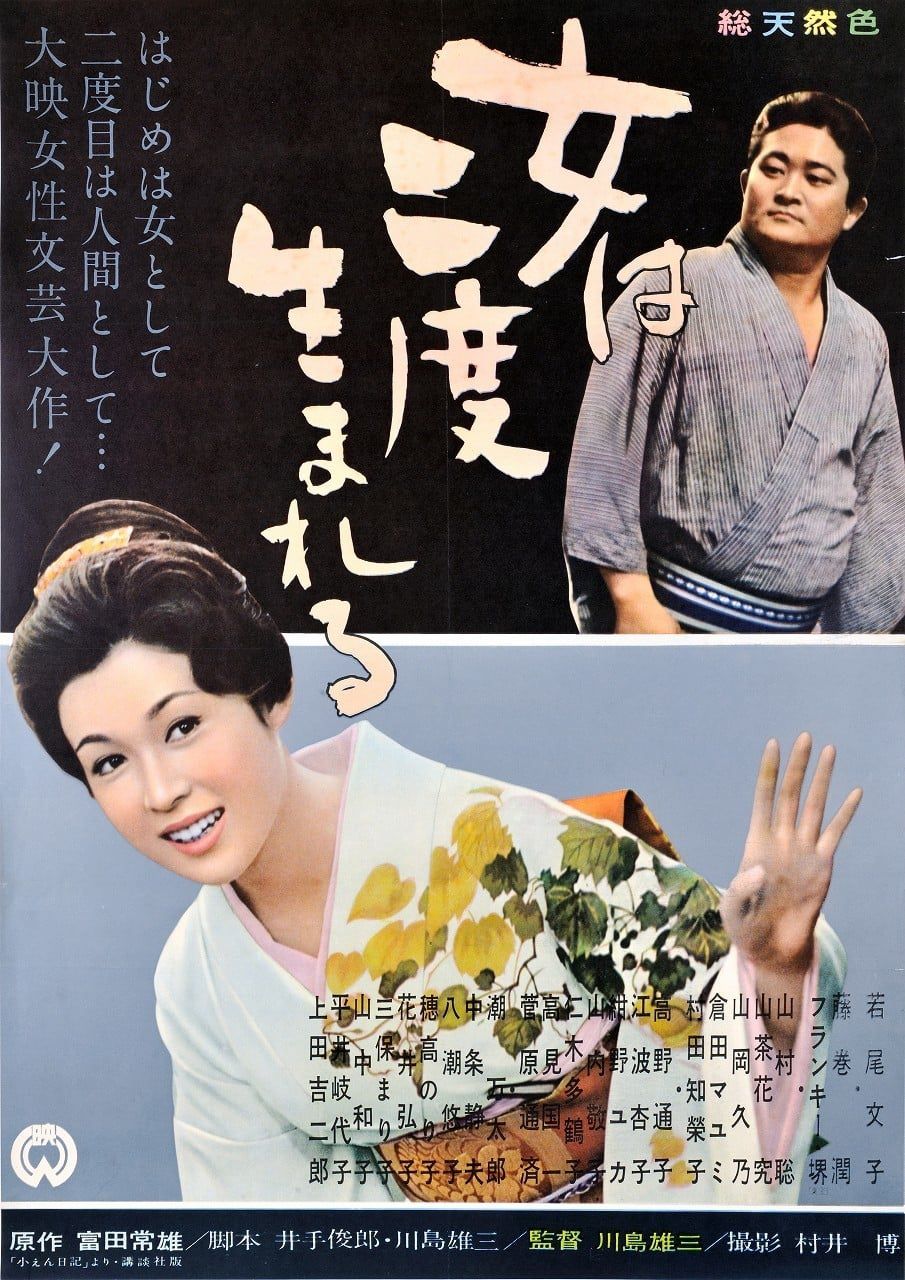